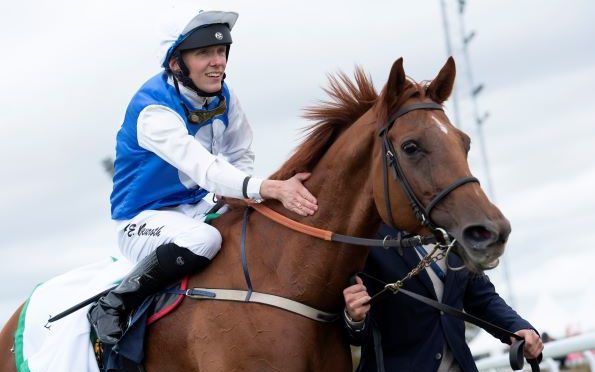 This is already the third week of the Carnival and we have some very interesting Scandinavian runners this week.

Out of 13 races, Godolphin has won six. Suroor has been handling four of them and Appleby two. Doug Watson has four wins and Seemar has two. Simcock is completing the list. On the jockey side, Soumi has three wins, Mullen two and we have eight riders with one win each.

Interesting handicap. 6 Almanaara (Shamardal) is the current favorite but is too high in the weights after his victory two weeks ago. The extra furlong will suit 1 Riflescope (Raven’s Pass) more and he is taken to beat Almanaara. If 8 Blueberry (So You Think) can improve just a touch he won’t be far away at the finish line. Swedish raider 9 Es Raco (Holy Roman Emperor) will also be suited by the extra furlong. He kept on strongly last time and might be able to get onto the podium at a decent prize. 20/1 right now is rich.

Favorite 4 My Catch (Camacho) won a Listed race over course and distance 2016. He was then 10th in the Golden Shaheen (Gr.1) in 2017 and contested the same race in 2018. After being overmatched in 2019 he was finally brought down to handicap company and scored easily over course and distance a month ago. The current mark seems very fair and there is no reason he shouldn’t score again. 3/1 is not unreasonable. Bad draw. Bookmakers are taking no chances with 8 Tribal Quest (War Front). It has been 553 days since his last start and 11/2 makes no appeal at all until you factor in that the connections are Godolphin/Appelby/Buick. 9 Trickbag (Brilliant Speed) never came into the race last time out. The dirt will bring out some improvement as will the extra furlong. Still, he is not expected to beat many home.

With Godolphin having six runners this race is not a very good betting proposition. Unless the almighty Aga Khan will win the race with lightly raced 6 Simsir (Zoffany). The gelding made a winning debut at 25/1 at Cork in September and followed up with a win a Dundalk’s All-Weather. He ran to his handicap a month ago and though clearly not a world-beater he should go close. 2 Dream Castle (Frankel) won the Jebel Hatta (Gr.1) and clearly capable of conceding weight to this field.

Both 1 Hateya (Footstepsinthesand) and 5 Maamora (Dubawi) comes from a start in Lanwades Stud Stakes (L) at Bro Park, Sweden. The English runners were second and third to Appelina that day and we very really impressed by Maamora who really dug in deep in defeat to a very good and honest horse.

The Swedish runners 3 Plata O Plomo (Paddy O’Prado) and 8 Red Hot Chili (Eishin Dunkirk) had no luck in the draw and both should be considered without a chance. Plata O Plomo is very likable but is best dropped in near the pace and Red Hot Chili has one speed, not two, and will have to use that way to early not to be lost. 13 Midnight Sands (Speightstown) looks like a vulnerable favorite and a chance is taken with 7 Yulong Warrior (Street Cry). Yulong Warrior was beaten eight lengths in his reappearance but that was behind Secret Ambition and Kimbear. This is a huge drop in class and he will receive six pounds from 1 Thegreatcollection (Saint Anddan). Likely to progress and 13/2 is a good each-way value.

1 Suedois (Le Havre) is out of the Swedish mare Cup Cake (Singspiel) who was a very promising filly trained by Yvonne Durant. Suedois was third here in a Listed Handicap a fortnight ago behind 2 Major Partnership (Iffraaj). The runner up that day was 8 Zainhom (Street Cry). Major Partnership is five pounds worse off with Suedois and Zainhom this time and the draw is really bad. Preference is for the class horse Suedois but they all will have to beat former superstar 3 Royal Marine (Raven’s Pass) who won Prix Jean-Luc Lagardere (Gr.1) on the Arc-weekend as a two year old 2018. He was fourth in The Craven (Gr.3) and a non-contender in the 2000 Guineas (Gr.1) at Newmarket. At Royal Ascot, he was ninth in the St James’s Palace Stakes (Gr.1). In his last race, he was beaten by Too Darn Hot in the Prix Jean Prat (Gr.1). He has been gelded since and is obviously an unknown quantity entering the handicap ranks. The stable is in top form and the rating of 104 could be way too low.

This day is more of a watch and learn day. There are no real standouts betting-wise but runners to consider are Riflescope, My Catch and Yulong Warrior.